The comedy García & García is now in theaters!

The comedy of the year, García & García has been released on the big screen.

The funny comedy directed by Ana Murugarren and starring José Mota and Pepe Viyuela promises the laughter of the general public.

We have had the pleasure of collaborating in the film as VFX providers, making the most unlikely scenes come true, such as the plane crashing in the terminal.

We encourage you to go to the cinema, soon we will show you the VFX Breakdown of the film. 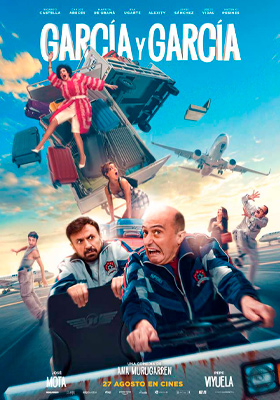