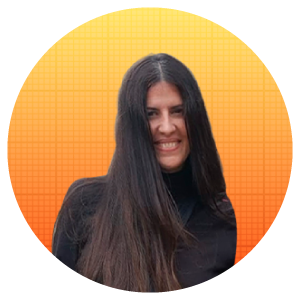 Every VFX project is different. That’s the best part. New opportunities to create, contribute, build together and learn new things.

Hello there, my name is Miriam and that's my our story

I have been working in visual media for over 25 years. Formed as a Graphic Designer, started working for TV and commercials as graphic artist and composer.

Designer skills allowed me to add a creative view to my technical knowledge to apply in VFX projects.

My career in cinema began in 2005 with the film “Somne” and since then I have worked as VFX artist & composer of films, series and documentaries in almost 40 productions.

In the last projects I have participated as a VFX supervisor, and I love the experience of being involved in a film from preproduction to screening.

I am looking forward to our next project together at DPS!