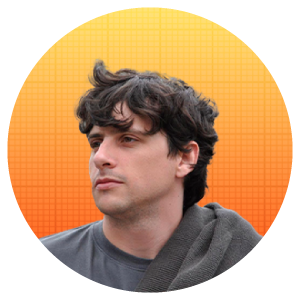 Visual effects brings together very different disciplines. It is very interesting to participate in the details and processes that each one brings.

Hello there, my name is Carlos and that's my our story.

I started working as a composer in commercials and after several years I became interested in programming.

After this period, I was awarded with a scholarship in Knoxville, Tennessee, to work on new media art and interactive projects.

This mix of programming and art would later mark my development with visual effects and my relationship with the software we use.

After a couple of years I decided to return to the world of visual effects.

I returned to Spain and entered the world of cinema working on animation and live-action projects such as “Atrapa la bandera”, “Adú” or “Sergio y Sergei”.

Over time I have developed positions as composer, composition supervisor and pipeline developer.

Finally, in my last stage, I have worked as vfx supervisor in commercials and two series, one fiction and one documentary.